These were supposed to be bars, but sometimes things don’t go as planned. So you improvise!

I followed The Big Man’s World’s Homemade Carrot Cake Larabars and only made one substitution the first time. Then I made them again recently and changed the nuts as well. My recipe is featured below.

When looking at the original recipe, I could not find the dried pineapple without added sugar. Even if I wasn’t on the Whole30, I’d probably prefer that there be no added sugar. Pineapple is sweet enough! And whenever you cut out artificial sugar, tastebuds change. I’m finding that every fruit tastes sweeter! Carrots even taste sweet now and I never felt that way before.

Individually wrapped in plastic to bring to work!

After scraping the mix out of the food processor, I smashed it down with my hands between parchment paper. I made a rough square and then cut it into 9 pieces with a pizza cutter. But the squares were just too delicate and kept flaking. I decided not to spend any more time fighting with them and just rolled them into balls instead. They seem perfectly happy now! And incredibly yummy! I rolled them in extra coconut flakes just for fun!

Note: With the pineapple, they probably would have been more sticky and held together fine as squares.

I actually like this flavor even more than the Apple Pie ones I made last time! Turned out great! 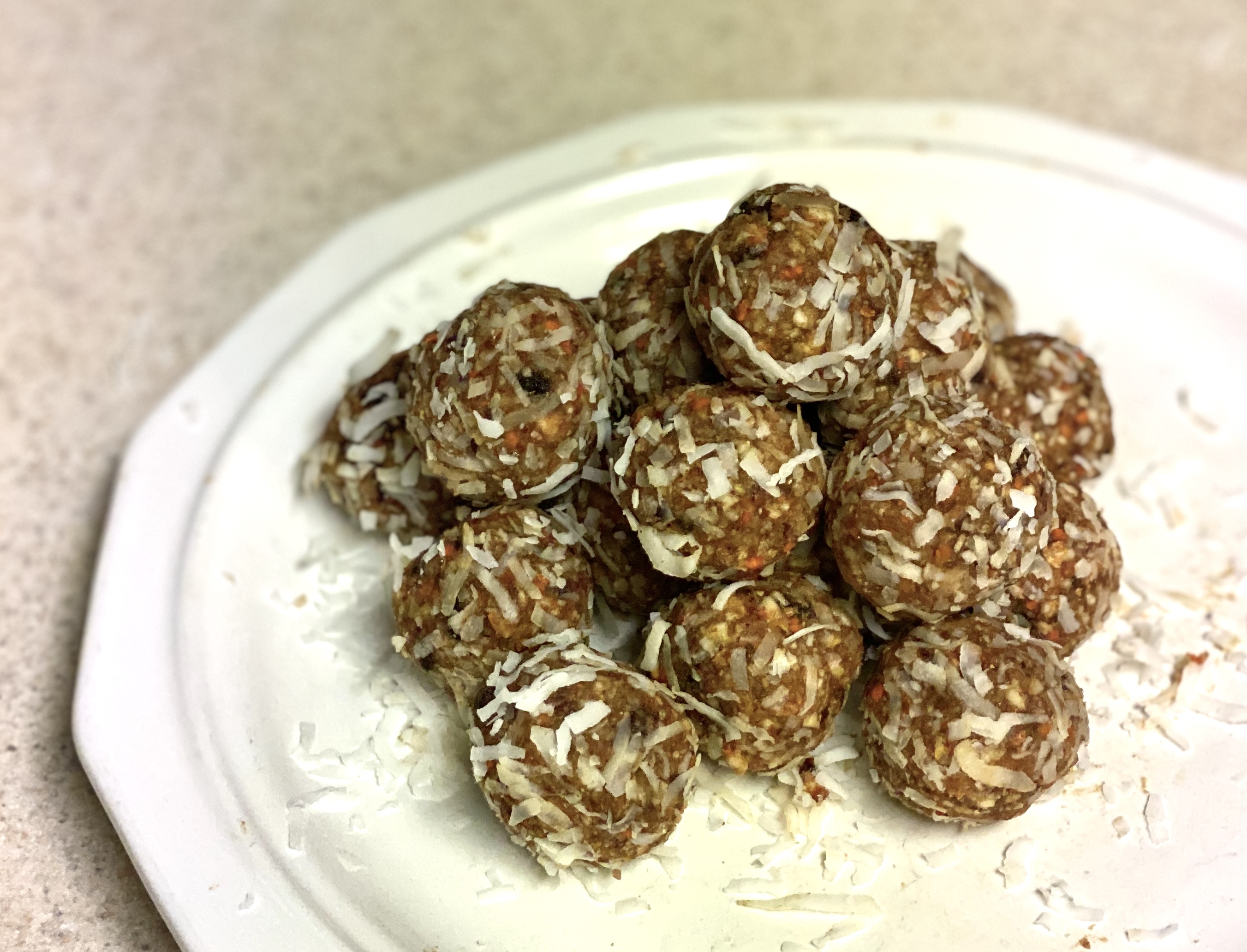 This recipe is so easy! I love how you only need a decent food processor. You can mix everything at once.

Fighting With Fibro
Matt B Comic

Thought Catalog is a digital youth culture magazine dedicated to your stories and ideas.

"Let me live, love and say it well in good sentences." - Sylvia Plath

Live to Write - Write to Live

We live to write and write to live ... professional writers talk about the craft and business of writing

A Vegetarian Foodie's Guide to Life